From the Church of the Irish Martyrs site:

"In the Summer of 1226 the first Franciscans arrived in Ireland, in Youghal, Co. Cork.

In the next two hundred years they spread widely throughout the country.

Among the abbeys or monasteries that the Franciscans founded was the one after which this parish is called. It is widely believed that the site of the old abbey of Aughaninshin dates back to the 13th. or 14th. century. The Franciscan monks are thought to have remained in the monastery until c. 1610 when they were evicted.

Over the years we have had many variations of the name. The Survey of Ulster in 1608, just before the Plantation, lists the place as Aghoinchin and the Civil Survey of 1654 has Aghenunshen. The correct Irish version is Achadh nUinseann. Achadh = field, fuinseog = ash (Var:fuinse f, fuinseann m. ), and in translation would be ‘towards the field of ash trees’ or simply ’the field of ash trees.’

In ‘A History of the Diocese of Raphoe’ Vol 1, Rev. Ed. J. Canon Maguire(1920) states: "In 1735 a memorial was addressed to the Holy See by the clergy of Raphoe, recommending Father Bonaventure O’ Gallagher as an eligible successor as Bishop to the Most Rev. James O’ Gallagher, who had been translated to Kildare, and among the signatures to that illuminating document occurs that of Very Rev. Francis MacDavitt, Bachelor of Theology, Prebendary Canon and P.P of Conwal and Aughaninshin.’ Maguire goes on to say that: ‘No further evidence than the immemorial existence of herenach land is required to establish the fact that a monastery existed here in the sixth or seventh century. The founder did not belong to the Conal Gulban race, nor was the institution called into being by Columba or any of his disciples. Hence, the Tirchonaill historians and hagiographers pass over in silence the patron of Aughaninshin and his ancient abbey in Kiltoy." Nevertheless, it is reasonable to postulate, that when the Franciscans arrived in the Letterkenny area in the 13th./14th. century they established their monastery on a site that had long been held as sacred by the local population, i.e. Aughaninshin.

It was no wonder then, that when a name was sought for the new parish in Letterkenny in 2000, that ‘Aughaninshin’ was the name most widely supported. The site of the old monastery is visible from the Church of the Irish Martyrs and its graveyard is still in use.
'herenach land’ = from the Gaelic ‘airchinneach’ meaning a hereditary steward of church lands, usually kept within the same family."

NOTE: On the google map below you will see Kiltoy Hill and the Abbey is to be found on a cul de sac road just below there to the left. 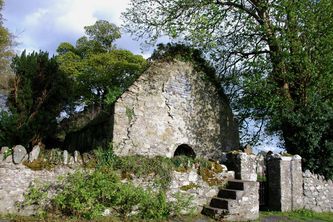 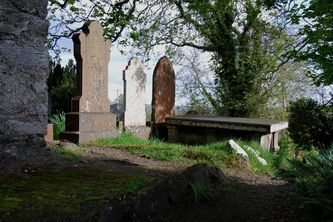 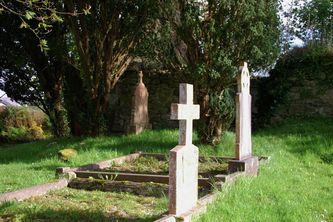 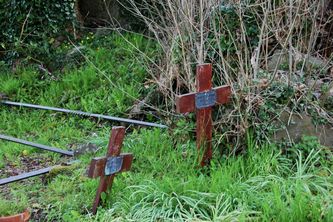 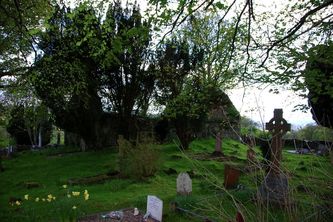 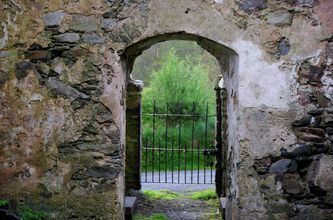 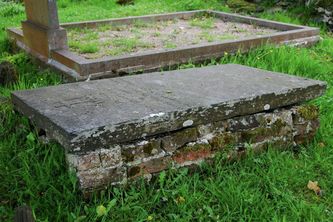 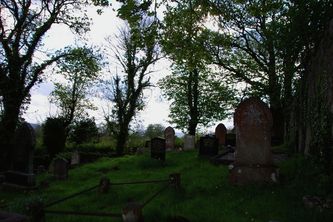 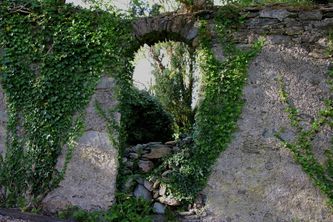 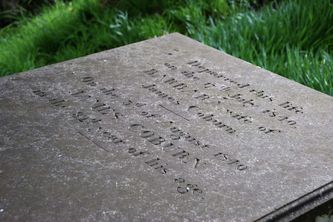 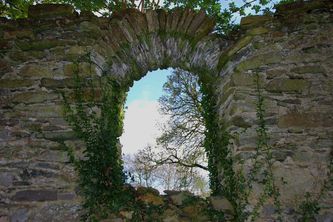 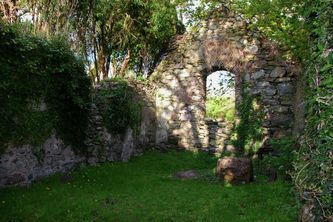 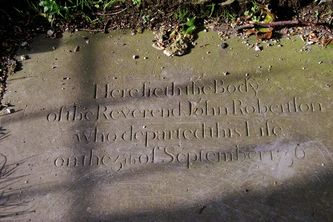 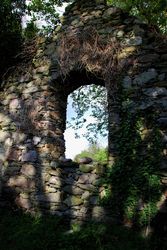 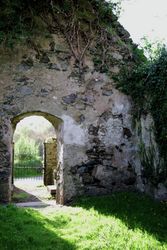