We Love Donegal
THE BRIDGE OF TEARS, FALCARAGH
Just outside the village of Falcragh there is a tiny bridge called The Bridge of Tears (or Bridge of Sorrows).  This was where in the 19th and early 20th century local familes would walk with their loved ones who were leaving home to escape famine and terrible poverty to seek a better in life in America or Canada.

In those days the chances of parents ever seeing their young again were almost non-existent as the journey was too long, arduous and expensive.  Added to that, there was the knowledge that many of those who took the journey never made it, dying instead of sickness and disease on the ships transporting them in terrible conditions.  So the parting here was final and there would have been many tears shed, hence the name 'The Bridge of Tears'. 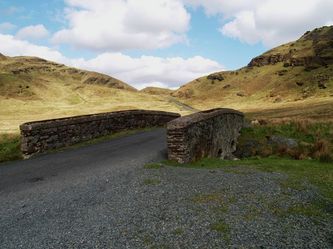 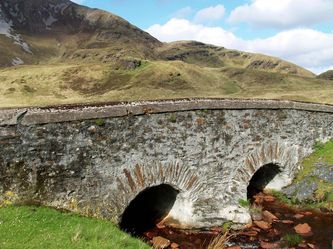 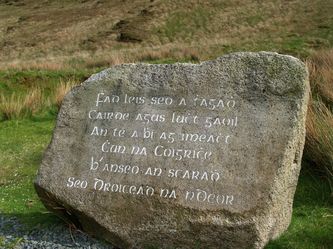