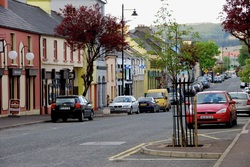 Main Street, Glenties
Glenties is a village sitatuted at the foot of the Bluestack Mountains of Donegal and it has won the Irish Tidy Towns award on many occasions. 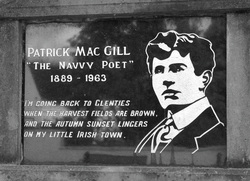 Plaque to Patrick MacGill
Glenties is the birth place of the famous writer, Patrick MacGill, the "Navvy Poet" and each year the Patrick MacGill Summer School welcomes speakers from all over the world to it's successful event.
"It was founded in 1981 in Glenties to celebrate the memory of local writer, Patrick MacGill, whose work on the plight of emigrant workers in Britain at the beginning of the twentieth century and on the horrors of the Great War in which he fought are still being published and read.  The School has, in that time, brought together speakers representing all walks of public life in Ireland – North and South – to analyse and debate topics of major national interest.  The School's themes have included Emigration & Employment (1988), Education in Ireland (1989), The Constitution of Ireland 1937-1987(1987), Northern Ireland – The Future(1986) and, more recently, Drugs and Alcohol in Ireland – Use and Abuse (2001).  In 2002 the School dealt with the issues surrounding the Nice Referendum, Nice – The Arguments, The Debate, The Facts and these proceedings were published.  The 2003 proceedings were published under the title: “Why Not? Building a Better Ireland”.  In the following year the title of our book was “Political Choice & Democratic Freedom in Ireland” which was the theme of the MacGill school and, in the 25th year of the school, its proceedings were published under the title “Managing Ireland's Future 2005-2030”.  The 2006 book was entitled: “The Soul of Ireland-Issues of Society, Culture and Identity” and was published by the Liffey Press as also was last year's publication, “The Challenge for Government”.  All publications were edited by the founder/director of the MacGill Summer School, Joe Mulholland, former managing director of RTE Television. " 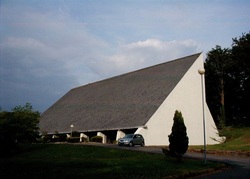 St. Conal's Church, Glenties
The catholic church in Glenties, St. Conal's, was designed by the renowned architect, the late Liam McCormick.  From North by Northwest ~ The Life and Work of Liam McCormick:

"Skilfully sited and perfectly blended with the landscapre, the church stands on the edge of the village, set back from the road and into a sloping hillside.  Plain and simple materials accentuate the dramatically bold and angular form, while internally, natural light from unexpected directions is the key to its success.  The gargoyles by the sculptor Imogen Stuart, depicting animals native to the area, underline the building's harmony with its local surroundings." 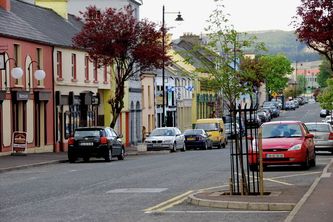 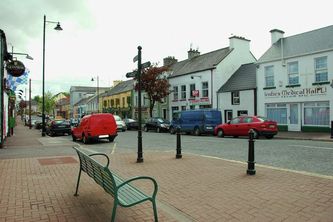 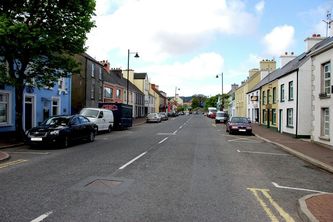 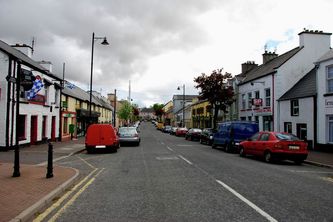 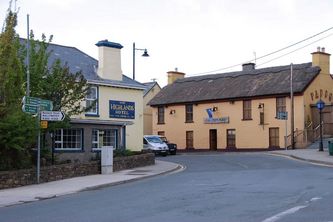 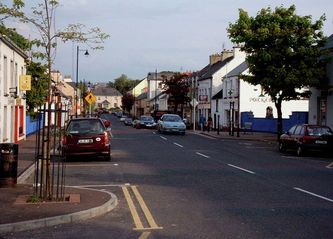 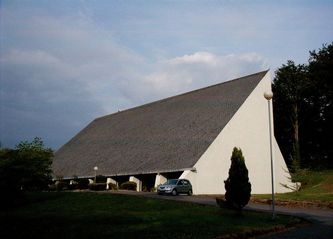 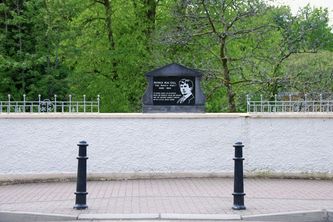 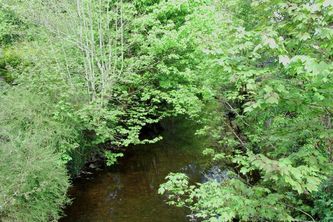 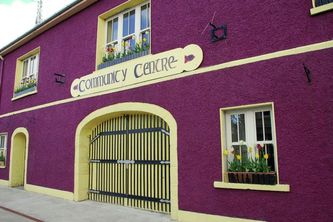 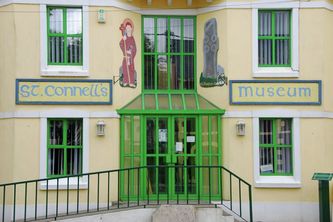 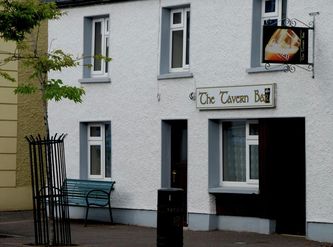 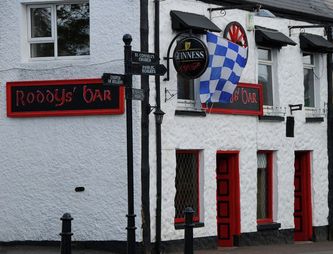 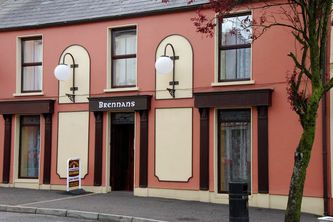 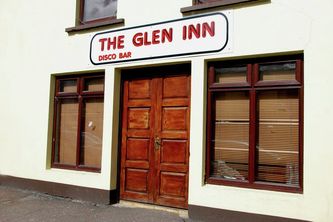 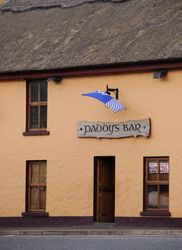 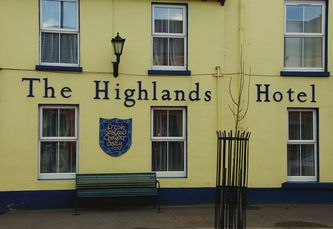 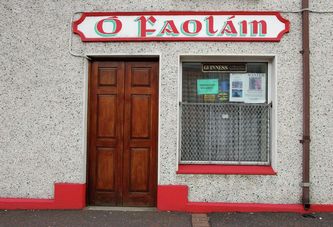 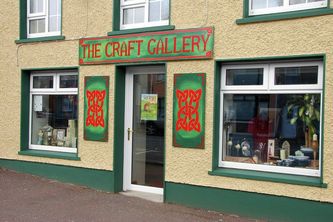 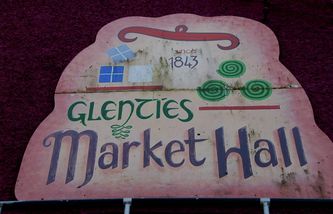 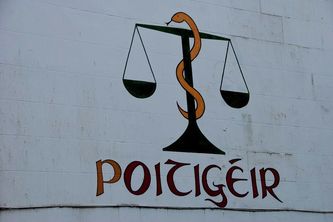 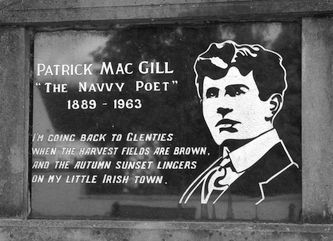