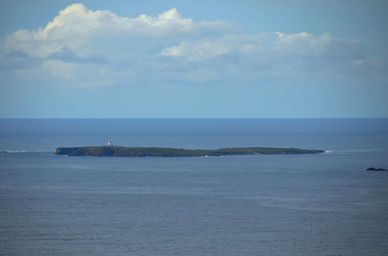 It was to this island that St. Asicus, St. Patrick's coppersmith and the first Bishop of Elfin went and lived as a hermit for seven years. 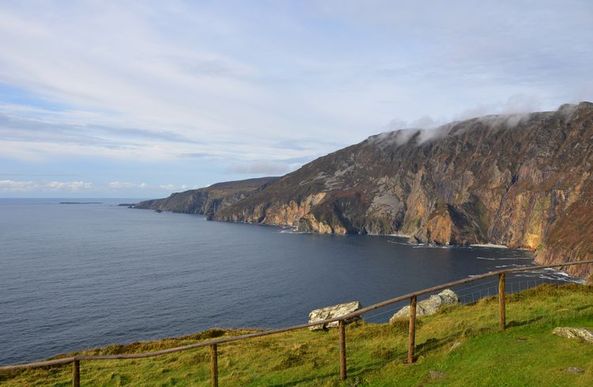 This photograph shows Rathlin O'Birne Island from nearly 2,000 feet above on the cliffs at Sliabh Liag (Slieve League) which is probably the closest most of us will get to the island.

The island is the tiny dark strip of land to the left of the tip of cliffs near the horizon.