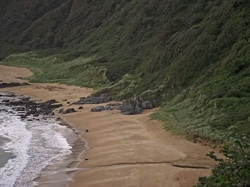 Kinnagoe Bay from the road above
Kinnagoe Bay on the Donegal peninsula of Inishowen in the north of the county is a long sandy beach backed by a steep green hill.  The view from the road above over the the bay is stunning and quite overwhelming so steep a drop to the beach below is it.  The beach is approached by a narrow road (for cars) leading down to the beach where there is some parking space available.

It was here at Kinnagoe Bay one of the ships from the Spanish Armada sunk.  At the top of the hill there is a plaque which reads:

About 40 lives were lost when she sank and some 350 survivors (including those from other ships) reached the shore.  More than 200 of these were killed outside Derry by a force under Richard and Henry Hovenden.

The wreck of 'La Trinidad Valencera' was discovered by the City of Derry Sub-Aqua Club in 1971.'

Click on any of the photographs below to enlarge. 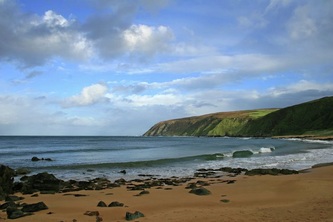 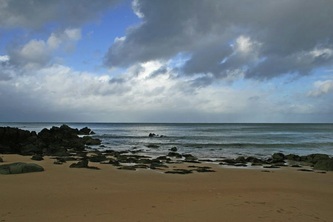 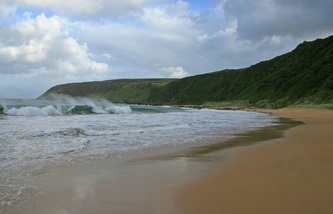 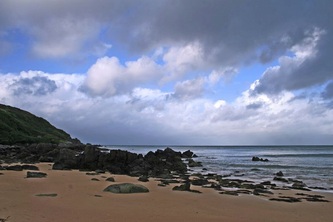 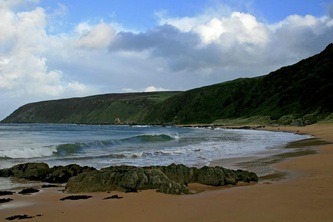 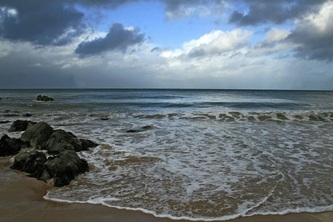 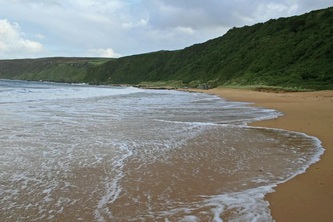 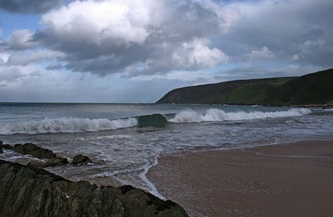 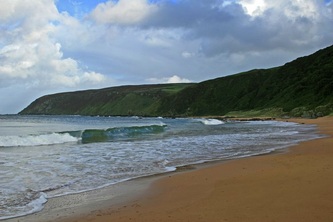 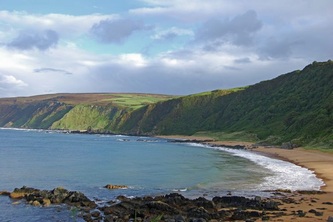