"Concerns over the condition of the old Letterkenny Leisure Centre and mart have again been raised by local Town Councillors.

Councillor Dessie Larkin said the new owners of the old leisure centre site, the Courts Service, should be written to, to make them aware of the state of the building which has fallen into a state of disrepair since its closure in 2007.  He told this month's Town Council meeting, the building was "in a bad state" and the "best way to put it right was to put it into rubble."  Manager of Donegal County Council, Michael McLoone, said there are still outstanding issues with the deal and the Council was "partly responsible" for the delay in finalising the agreement.

In a separate motion Cllr. Gerry McMonagle said he was also seeking steps to have both the old mart and swimming pool demolished in the interest of health and safety.  He said given the fact the mart was now a "closed issue", steps should be taken to demolish what he termed a "haven for anti-social behaviour."

"The building is an eyesore in a lovely area and I urge the Town Clerk to get the legalities sorted ASAP, and the same for the pool. There are reports that it may be two years before the Courts Service will be on the site and that is worrying. It will only dilapidate and deteriorate further," Cllr. McMonagle added.  He said the council should highlight their concerns to the Courts Service in writing, urging them to clear the site for it to be used as a carpark until they are ready to build on it.

Cllr. Larkin supported the motion saying the deals done on both sites were "two massive issues resolved." He said the buildings should now be "knocked."  He added that on the mart development, a full public consultation with all the residents, teachers and pupils in the area should take place to decide what the area would be used for.

Cllr. Jean Crossan said she believed the mart shareholders should take responsibility for the building's demolition as it was purchased in a derelict condition.  "If they can pay for it, they should pay for it," she stated." 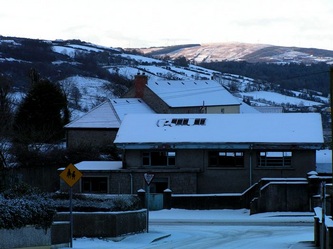 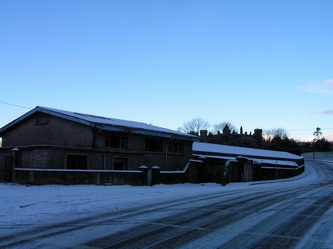