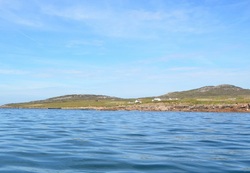 View of Owey Island from boat
Owey Island, which lies just a short distance off Cruit Island near Kincasslagh in west County Donegal, although uninhabited for much of the year, having no permanent residents, does have some residents during the summer months.  These consist of people who hailed from the island and whose anncestors hailed from there, a few holiday homes owned by people not from Donegal, and then the campers who visit the island to explore her many attractions.

The island was last inhabited on a full time basis up to the mid 1970s when the last residents, three elderly gentlemen, moved to the mainland of Donegal or as the islanders call it, Ireland.

All the buildings on the island sit on the south side of the island, facing Cruit and mainland Donegal, the north of the island being too barren and rocky for homes to have been built there nor anyone wanting to live there, exposed too as it is to the gales coming in from the north Atlantic Ocean.

The views from Owey are pretty much amazing whichever direction you look: on one side you can see Tory Island, further along you can see Gweedore, infront you have Cruit Island, Kincasslagh and The Rosses, and to the other side, Aranmore Island and all around smaller, mainly unihabited islands scattered off the coast of mainland County Donegal.

Below is a video we made of a trip around Owey Island.

​Scroll down for more photographs of Owey Island (click them to enlarge) and google map. 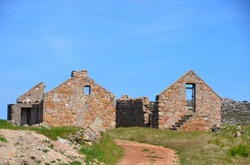 Old cottages on Owey Island
Life would have been difficult on Owey.  Or at least difficult for we more used to ease of modern life.  Everything they needed they would have to make, grow, find and fashion or at times, row in curraghs (boats) from the mainland.

However, there was an abundance of fish, the land could be tilled for vegetables with seaweed used as fertiliser, turf could be cut to heat the homes, and each islander helped the other.  All their various skills combined to make the work that bit lighter. 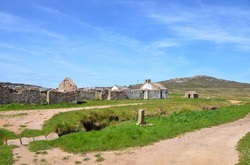 "The Town", Owey Island
After the Famine, many of the islanders started making potin (illegal liquor) and later, a single malt.  Today on Owey you can see the way most of the houses were built either side of a little stream there, all the easier to access the water needed to produce the potin.  Much of the abundance of turf on the island would have been used up during these times as it was used to heat the potin making equipment.  There is talk today that perhaps people who own property on the island may develop a way to produce that single malt again.

THE SCHOOL ON OWEY 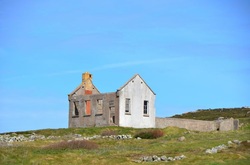 The old school, Owey Island
There was a small school on the island which finally closed it's doors in 1971, the closure of which the school caused at least one family to move to the mainland to further the schooling of their child/ren.

The school was, as we said, small and had just one teacher who would have to educate all ages of the small smattering of island children attending it.  After this school children who were able to would be sent to the mainland for their secondary school eduction.

COMMUNICATION WITH OWEY IN DAYS GONE BY 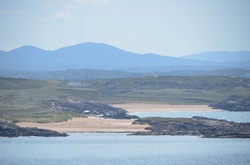 View to Cruit Island from Owey Island
Owey had it's own post office in bygone days which meant that in the days before the telephone was brought to the island people could at least communicate with their families who had left the island by letter.

And before the telephone was brought to Owey, the people developed their own ways around the problem of no telephones.  For instance, in middle of the last century, emigrants returning for a holiday home would write their relatives telling them the date when they would arrive in Donegal, mostly from Scotland.

The holidaying emigrants would of course need transport across the water from Cruit to Owey and of course there was no telephone on the island that they could ring to say they had arrived.

What the islanders did was develop a way by which an islander could look across to the beach at the pier on Cruit Island and know which family had to pull out their curragh (small boat) and row over to collect their relations.  Each part of the beach was appointed the location for every family on the island, so for instance, a person on the island seeing a group standing on the beach across the water, would know by their location on the beach which island family had to go to meet them.  A pretty clever way of overcoming what could be a problem without the aid of telephone. 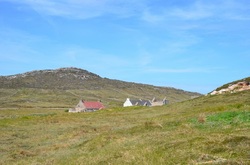 Owey Island cottages
Today Owey has a number of passionate part time inhabitants.  They want to keep the island pretty much as it was in days gone by and many of the old cottages have been renovated with more still works in progress.  As it was in the past, these modern part time islanders all work together to help each other in whatever job needs doing in the renovation and upkeep of their property. 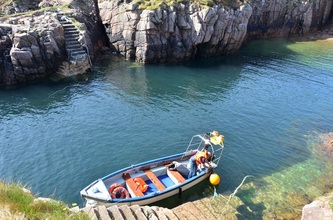 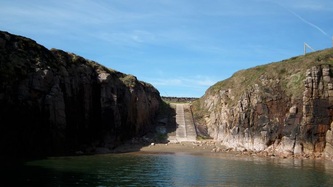 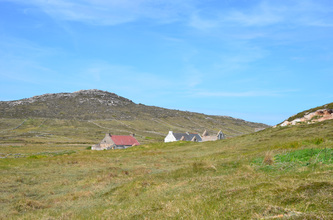 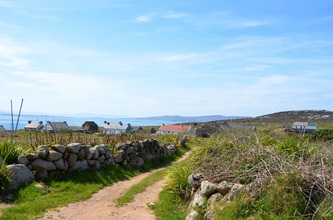 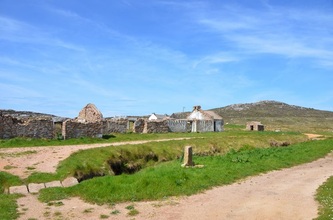 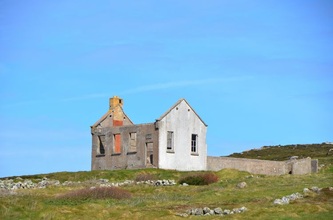 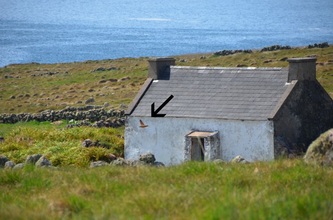 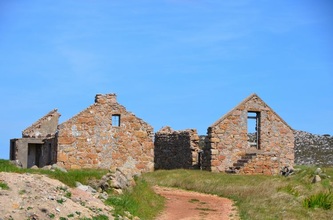 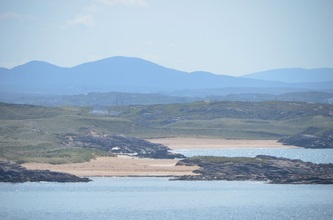 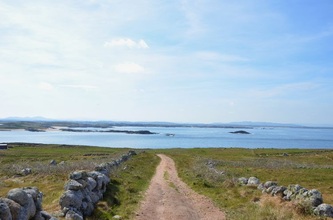 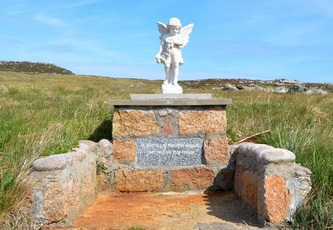 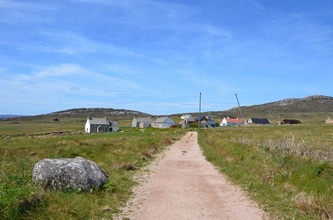 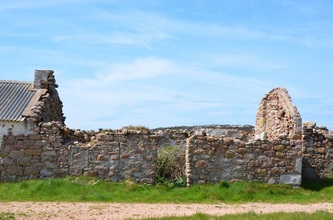 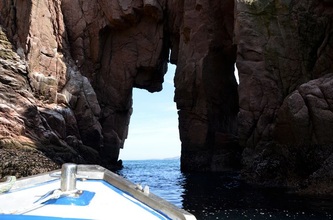 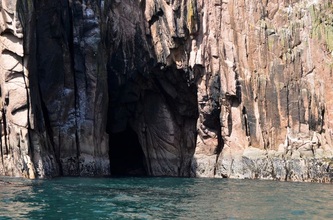 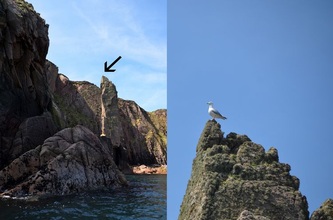 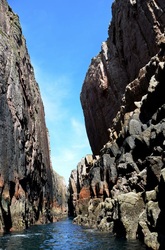 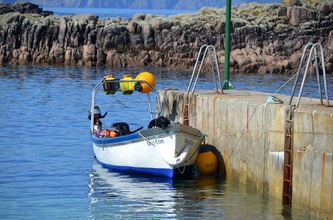