PORT GHOST VILLAGE or The Deserted Village of Port 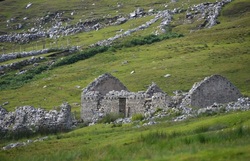 Port Ghost Village
About 15 km from Glencolmcille, on a side road to Ardara, at Port or An Port, there is the remains of a "Ghost Village" (also called "The Deserted Village").  It gets it's name from the fact that a whole little hamlet of houses just seem to have been abandoned.

Earlier it must have been a thriving village given that it is said that this is probably the first maritime port in County Donegal.

It is thought that the people who lived there had to leave during The Famine (1845-52) after which the houses were just left to fall into ruin.  Of course many people left Donegal and the rest of Ireland during and after The Famine but Port is unusual in that a whole village or hamlet seem to have left.  Normally there would have been people left behind who survived The Famine and houses would have been inhabited on into later years.  Perhaps in this case those left behind were just too weak to survive and died there.

The houses were all built of local stone as can be seen from the clean cut corners of the stones which reflect the make up of nearby rocks and can be seen on the high cliff above the water there.

In 1576 the head of the Clann Ui Bhaoill (the O'Boyle Clan), Tarlach Neill’s daughter Siobhan drowned here.  In the Annals of the Four Masters (a little of which you can read about HERE if you scroll down to 'The Diamond and Obelisk'. The Annals are stored in Trinity College, Dublin, but a copy can be seen in the museum at the Franciscan Friary, Rossnowlagh), they wrote that she had drowned whilst learning to swim in the river that runs into the sea at Port.  However this is more like a stream than a river and so the alternative explanation of how she drowned seems more likely: that is that she was being forced into an arranged marriage and escaped to Port followed by the man she was to marry and here he drowned her.

Today there is a slipway there beside the rocky beach and a little bridge over the river.  It is very peaceful and a place to visit to get away from the hustle and bustle and perhaps reflect of the sad events that took place there over the centuries and maybe later you can visit nearby Glencolmcille Folk Village and see how these houses would have looked when they were inhabited.

GETTING TO THE GHOST VILLAGE AT AN PORT FROM ARDARA

1.  Take the Killybegs road
2.  Just outside Ardara on the Killybegs road turn right for the Glengesh Pass
3.  At the top of Glengesh Pass take the first right
4.  You will come to a T junction and you should turn right (the road to the left goes to Glencomcille)
5.  Keep driving until you come to another T junction which has a lough (lake on the left) and take a right turn here
6.  Keep driving along this road and you will eventually see the sea and the rocky shoreline of An Port.  The ghost village is the old stone cottages on your right with the rocky shoreline in front of you

Click on any of the photos below to enlarge and scroll down for google map. 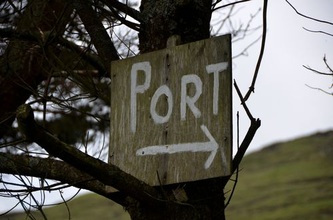 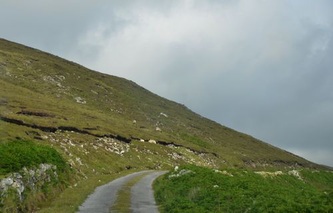 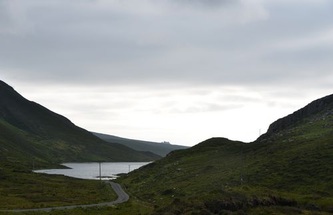 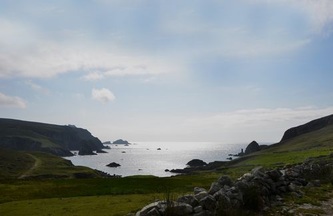 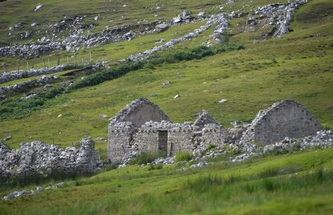 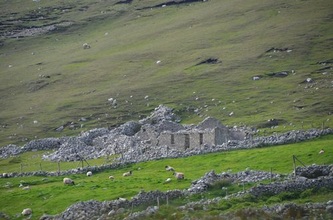 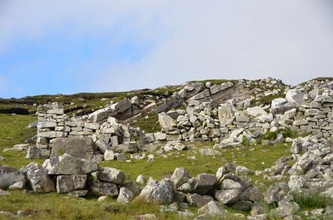 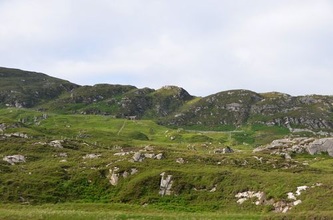 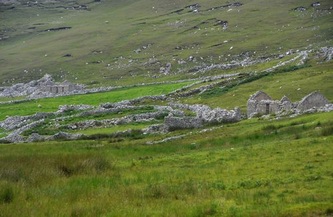 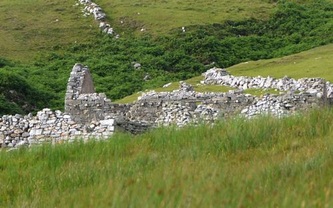 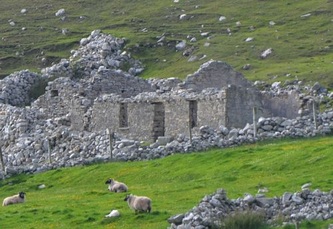 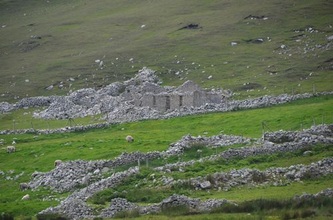 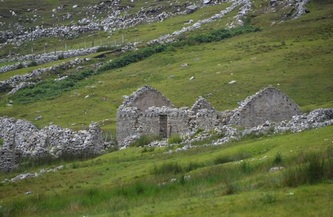 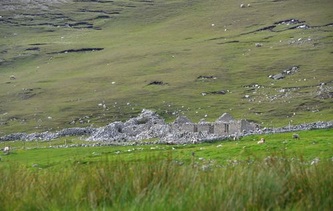 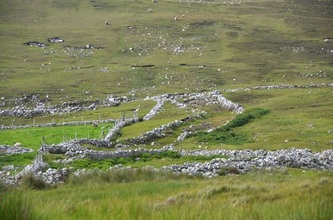 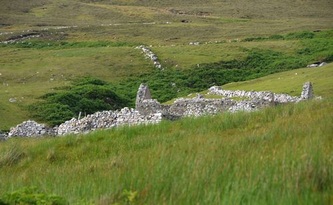 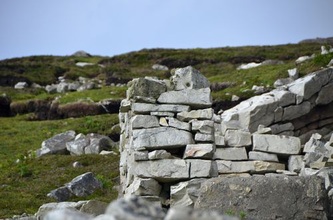 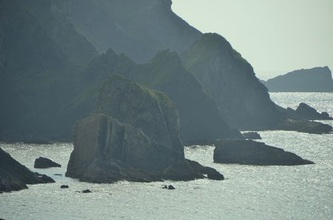