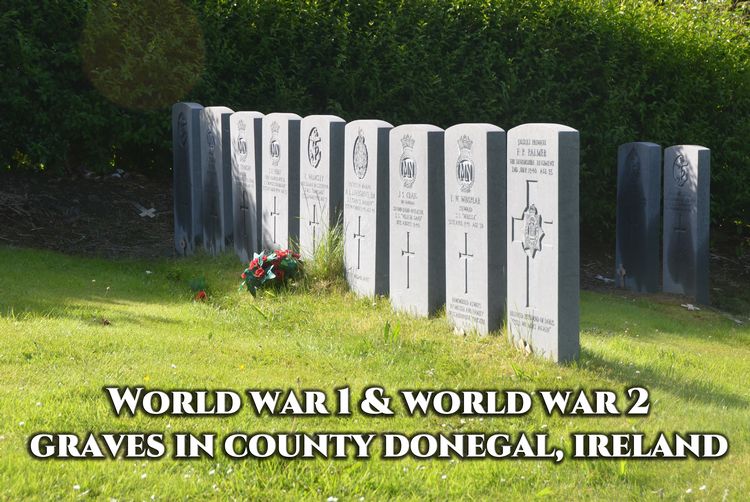 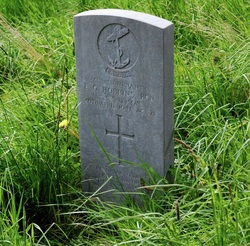 Throughout County Donegal there are graves of servicemen who died during World War 1 and World War 2.

They died either from their plane crashing here, their boat hitting a mine off our coast, their boat coming down and their body washed ashore.  Many reasons, many bodies.  Many are very young, many unidentified.

As we are out and about taking photographs of Donegal and in particular the churches and graveyards of County Donegal we find them and photograph them.  We have gathered some of them here along with the details from the headstone.

The place of burial is first together with information from the stones and this is first followed by the photograph of the graves of those listed in the information piece.

If any of these are your relative we will be happy to forward you by email a photograph of the  gravestone of your relative.  Just use the contact page to let us know. 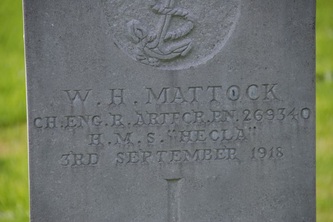 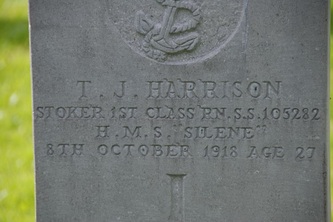 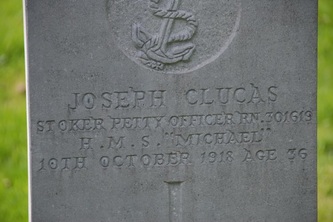 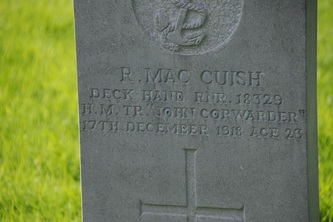 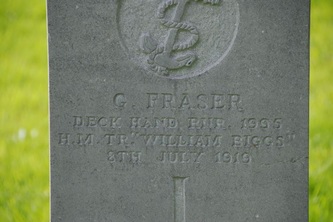 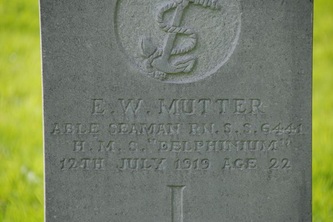 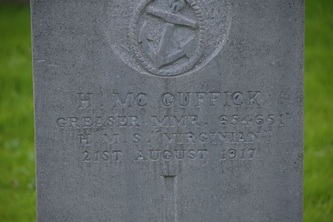 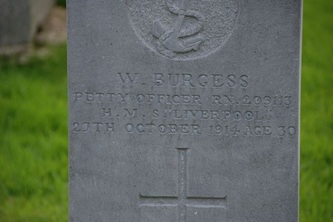 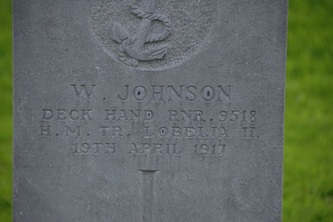 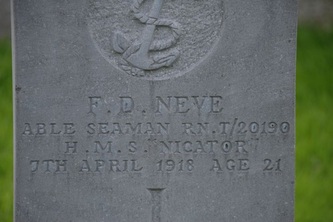 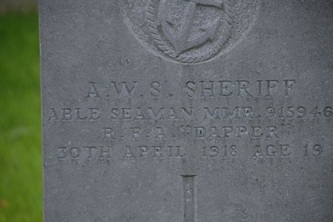 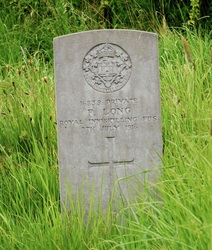 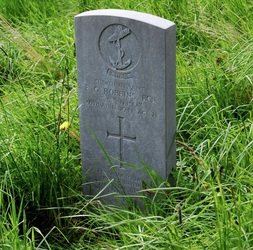 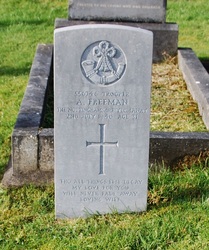 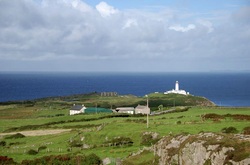 Fanad Lighthouse
Near Fanad lighthouse is a field where the bodies of German, and possibly British, WW2 soldiers are buried.  There are no formal gravestones but just rocks standing where a body is buried.  You could drive past this field and never know what it holds but we happened to notice the strange arrangement of stones and found the man who owns the field to ask what they were for.  He told us that soldiers who died, maybe when their plane crashed or perhaps soldiers from boats that had sunk of the coast were buried there by local people.  He said that as a very young boy he remembered some German soldiers in uniform coming and taking some of the bodies home to be reintered in Germany.  There are no names on the stones. 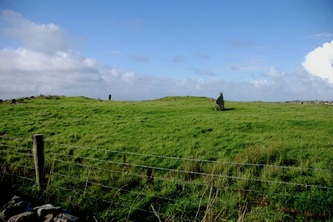 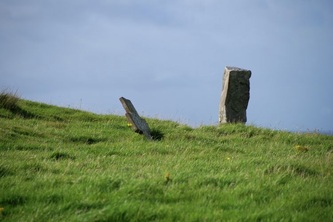 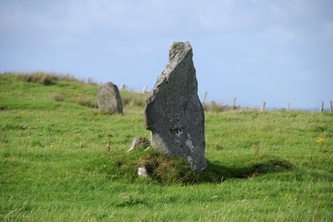 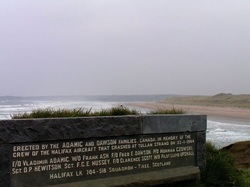 Halifax Memorial overlooking Tullan Strand
Near the top of Roughy Walk, Bundoran and overlooking the long sandy beach of Tullan Strand, there is a memorial to the 8 men killed when their aircraft crashed at the Fairy Bridges, Bundoran, at 18:40 hours on the 23rd of January 1944.

They had been travelling in what was known as the 'Donegal Corridor', an airspace route over south Donegal, north Leitrim, and north Sligo which loosely allowed WW2 craft to pass over neutral Ireland.

The eight men killed in the crash are listed on the memorial stone (see names below).  According to eye witnesses, two of the crew, Clarence Scott and Norman Gwozski, had been in the tail of the aircraft which broke off after crashing and landed in the sea below.  Their bodies were never recovered.

In the graveyard surrounding the old church ruins of St. Matthew's, Kilcar, there is one WW1 gravestone in the far right-hand corner.  The stone reads: 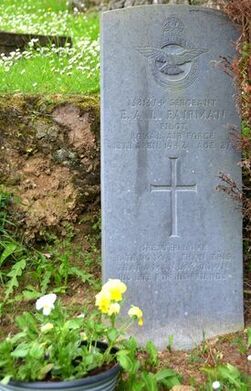 Sgt. E. A. L. Fairman
Near a boundary wall in the Church of Ireland graveyard, Stranorlar, we found this grave ~ you can see photographs of the headstone and it's location in the graveyard in the slide show below.
​.
The stone reads: 1381374 SERGEANT E.A.L. FAIRMAN, PILOT ROYAL AIR FORCE. 18th APRIL 1942 AGED 27

GREATER LOVE HATH NO MAN THAN THIS, THAT A MAN LAY DOWN HIS LIFE FOR HIS FRIENDS