Grianan Aileach Ring Fort
At the top of the hill behind the little hamlet of Burt in County Donegal sits a 2,000 plus year old ring fort, Grianan Aileach (this is the way it is spelled in Donegal, but is sometimes spelled Ailligh by others).  The fort is approached by driving up the hill to the side of the beautiful church at the base of the hill.  It was the seat of the High Kings O'Neill for around seven centuries from the 5th century.  To the left of the ring fort there is a burial mound (tumulus) which can be seen in the sketch to the left here.  The burial mound is thought to date from 3,000 BC.

Inside the ring fort, which stands around 15' high, there are three narrow terraces which run right around the wall at different levels and each level has steps leading to it.  At the base of the fort there are two entrance openings which lead to the inside walls of the fort.  These lie either side of the entrace passageway which itself lies on the south east side of the fort.  At the 'front' or north west side, now almost hidden, is a tiny opening along the base of the wall.  This was an exit tunnel from the fort but is now collapsed.

Even for those not interested in the history of the fort, the trip to it is well worth it for the views which are stunning and take in at least three counties of Ireland, some say more, on a clear day.  The most often seen view in photographs is the view to Inch Island, a small island off the coast of Donegal which is approached by a causeway road.

The fort is open to visitors during the summer months and closes around 6pm each evening during that time.  There is ample car parking.

From the Commissioners of Public Works:
"This large stone-walled fort, located on a hilltop commanding views over Loughs Foyle and Swilly and counties Donegal, Derry and Tyrone, was the royal citadel of the northern Ui Neill from the 5th to the 12th century.  It was probably built some time around the birth of Christ.  Its builders may have been attracted to this hilltop site by the presence here of a sacred monument ~ a prehistoric burial mound or tumulus, possibly from the Neolithic period (about 3000 BC).

A lintelled passage through the 4.5 m thick wall leads to the interior where the wall rises in three terraces to a height of about 5 m; there are also two long passages contained within the thickness of the wall.  Substantial restoration work was carried out in 1870.  We know little about the three earthen banks which circle the Grianan, but they could be part of an earlier Bronze Age or Iron Age hillfort.  The trackway running through these banks and leading to the fort is believed to be an ancient roadway."
GRIANAN AILEACH (GRIANAN AILLIGH) RING FORT
(Click on any of the photos below to enlarge) 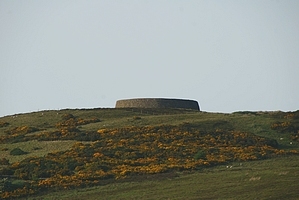 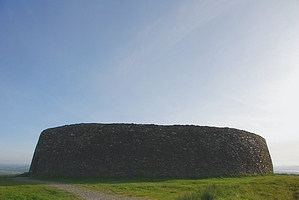 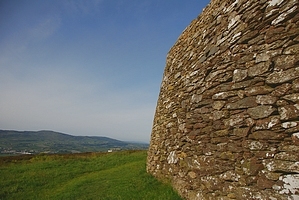 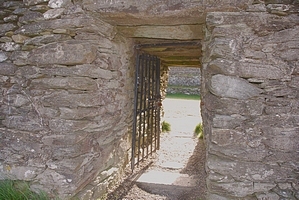 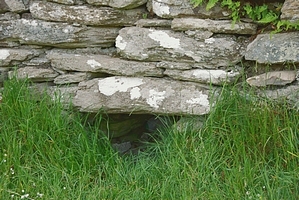 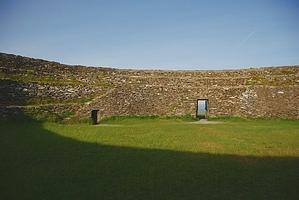 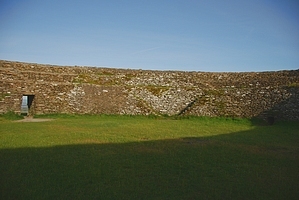 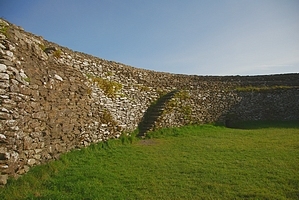 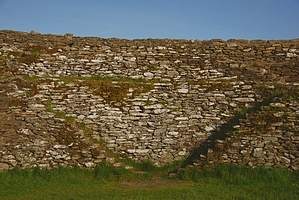 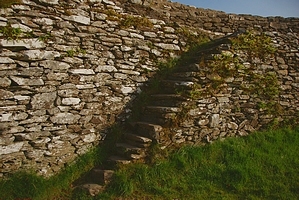 VIEWS FROM GRIANAN AILEACH (GRIANAN AILLIGH)
The views in the photos here start with the view to Inch Island and move around from Donegal to Derry to Tyrone and back to Donegal.
Click on any of the photos below to enlarge. 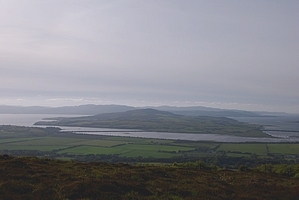 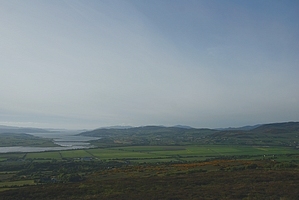 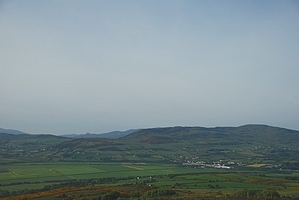 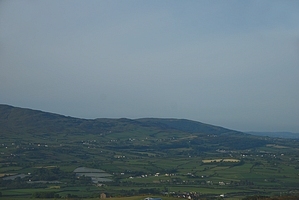 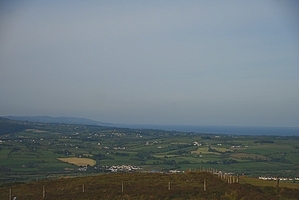 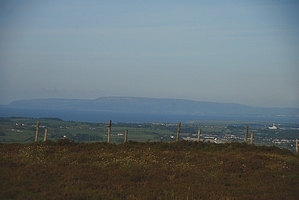 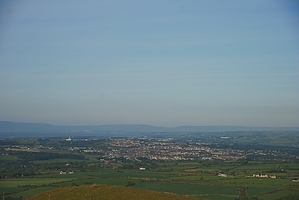 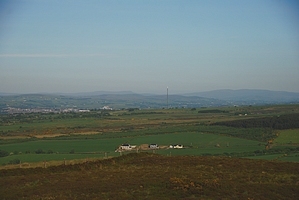 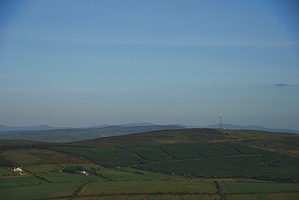 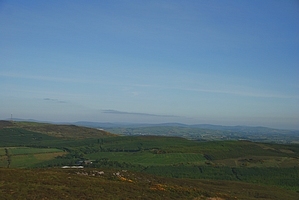 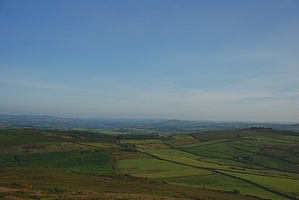 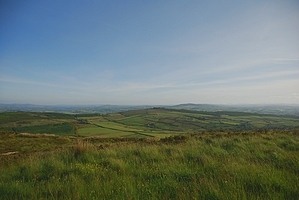 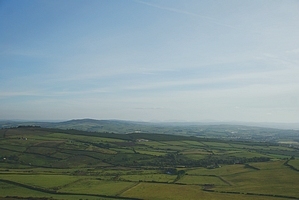 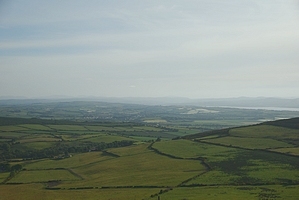 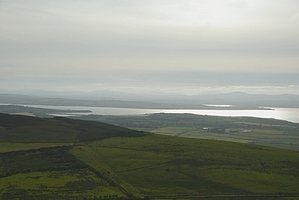 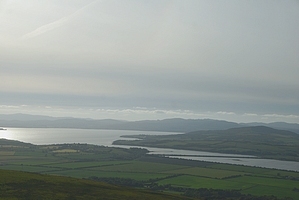